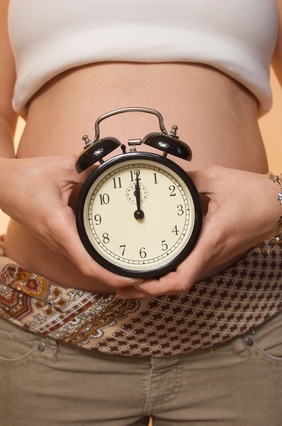 Increasing age reduces the fertility of both men and women, although to different extents.

The decline in women’s fertility becomes apparent from around 30 years and is more significant from around 35 years of age. The chance of successful conception in each natural menstrual cycle is nearly 20% in women aged 30 or less, but drops to 5% in women by the time they turn 40.

In women over the age of 45 years, the chances of falling pregnant are rare and has higher rates of miscarriage, even though menopause does not occur till after 50 for most women. Egg quantity and quality comes down with increasing age results in higher chance of carrying chromosomal abnormalities and therefore miscarriage.

It is an undisputable fact that increasing age (beyond age 35) reduces a woman’s likelihood of conceiving and giving birth.

Here are some facts about the relationship between female age and fertility:

3) 10% of women in their early twenties experience pregnancy loss compared with more than 50% of women aged 42 or more.

In men the fertility decline starts later and is more subtle. But it does happen. Women in couples where the man is over the age of 45 take five times longer to conceive than those where the man is in his twenties.

Some women may also choose to have ‘fertility preservation’ – they undergo IVF and freeze their eggs or embryos for use in the future. This becomes and increasingly unlikely to be a suitable option after the age of 35, but is something you can seek individual advice on.

IVF can help people with infertility have a family. The chance of having a baby after three IVF treatment cycles, including the transfer of any frozen embryos, for different age groups were:

These figures apply to women who use their own eggs.

If an older woman uses eggs from a younger donor, her chance is the same as that of a woman in the donor’s age group.

The proportion of pregnancies that miscarry increases with age. The risk of miscarriage is 10% at age 20 years and 90% among women aged 45. Women whose male partner is aged over 45 are twice as likely to miscarry as those whose partner is in his twenties.

Age and the new baby Because of changes in eggs and sperm that occur as we age, children of older parentshave a slightly higher risk of birth defects, chromosomal abnormalities and autism spectrum disorder. However, it is important to remember, that although the risk increases, most babies are born healthy, irrespective of their parents’ age.