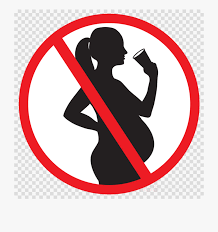 Alcohol is known to be teratogenic and its consumption has been reported to reduce fertility. Studying effects of alcohol consumption is difficult because of heterogeneous measures and classifications and also because self-reported data tend to underestimate intake.

The number of studies of a possible effect of alcohol consumption on fertility is limited.

Although not all results point in the same direction, it seems that alcohol consumption by both women and men adversely affects natural reproductive potential in a dose-dependent way.

Reduced conception has been reported already at doses as low as one drink per week.

The effect of alcohol on female fertility has not been clearly established.

In men, alcohol consumption has no adverse effect on semen parameters.

Even less is known about alcohol consumption as a primary risk factor for IVF.

The scarce data suggest that female alcohol consumption prior to the IVF attempt adversely affects oocyte retrieval and leads to lower pregnancy and higher miscarriage rates.

Male drinking leads to more miscarriages and lower live birth rates. These effects were found to be dose-dependent and considerably greater when timing of consumption was closer to the IVF attempt.

EFFECT OF ALCOHOL CONSUMPTION ON PREGNANCY COMPLICATIONS AND OUTCOMES

Prenatal alcohol exposure has been associated with a higher risk of

Indications for these effects are stronger at higher consumption levels. Whether women with a low-to-moderate consumption of alcohol (up to one standard unit per day) are also at a higher risk is inconclusive.

EFFECT OF ALCOHOL CONSUMPTION ON THE HEALTH OF THE CHILD

Prenatal alcohol consumption has been associated with adverse effects on embryonic and fetal development during all the stages of pregnancy.

The known effects range from physical anomalies to behavioural and cognitive deficits, summarized under the umbrella term of Foetal Alcohol Spectrum Disorders (FASD). The type and extent of the damage is related to the timing, level and duration of the exposure.

There are indications that drinking 1– 2 units per day negatively affect the child’s psychomotor development.

Women drinking between 2 and 6 units per day may be at a higher risk of a child that will itself develop alcohol-related problems.

Women consuming 6 or more standard units of alcohol per day are at risk of having a child with Foetal Alcohol Syndrome (FAS), involving specific facial features, growth retardation and neurodevelopmental abnormalities.

A higher risk of having a child with congenital abnormalities is also suspected in women who episodically drink six or more units (‘binge drinking’).

There is a debate about whether a safe level of drinking during pregnancy exists.

There is no evidence that ‘light drinking’, defined as not more than 1– 2 units per week or per occasion, would have adverse effects on the child’s cognitive and behavioural development.