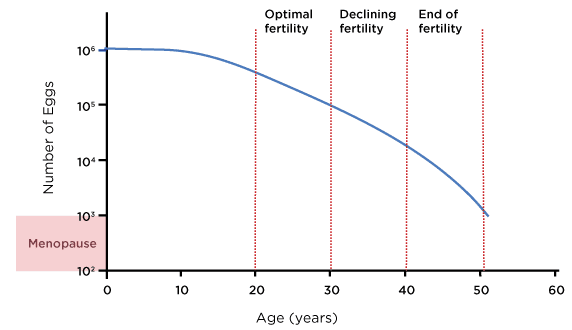 Ovarian reserve tests predict how a woman having fertility treatment would respond to the drugs used to stimulate the ovaries and ultimately how many eggs she may produce.

Ovarian reserve can be assessed through blood tests to measure two important hormones: Follicle stimulating hormone (FSH) and Anti-Müllerian Hormone (AMH) or Antral Follicular Count(AFC)by an ultrasound scan that counts the growing follicles within each ovary.

FSH is produced by the brain and travels through the blood stream to the ovaries where it stimulates the growth of follicles. A normal FSH level is somewhere between 2-8mIU/ml.  This is enough to support the growth of one follicle and is how nature normally limits us to singleton pregnancies. As FSH levels vary through the cycle it must be measured in the first few days of menstruation (day 2-4 of the cycle).

AMH is produced by the growing follicles and is a direct marker of the number of follicles. AMH varies with age but normal levels are somewhere between 1.5 – 4 ng/ml. Lower levels are indicative of poor reserve and higher levels associated with, but not diagnostic of, polycystic ovaries. AMH varies less through the cycle and so can be measured at any time.

The AFC and AMH are related closely. AMH and AFC, which may provide some information about egg numbers, are better markers of ovarian reserve than FSH. However, a raised FSH level (≥9) is important as it does correlate with a poorer response to ovarian stimulation. AMH declines earlier than the rise of FSH when the ovarian reserve is declining.

Age is, however, the ultimate marker of ovarian reserve. In general, older women with good reserve are likely to do less well in IVF than younger women with poor reserve. However, for women of the same age or women within specific age groups such as under 35, 35-37 and so on, ovarian reserve tests provide extra information and do differentiate how they will respond in IVF.

It is important to remember that these tests were developed to inform about IVF treatment and not your natural fertility.

Their increasing use as aovarian reserve test is to reassure women that their fertility is normal or that they should consider treatment sooner rather than later is open to interpretation.

There is no doubt that tests showing a good ovarian reserve are reassuring but they by no means guarantee a baby and equally a poor or impaired ovarian reserve does not mean you will struggle and need fertility treatment.