SEMEN PREPERATION FOR IUI AND IVF-ICSI 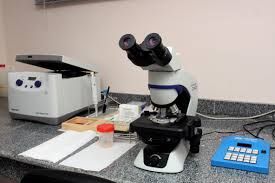 Semen is a mixture of motile, non-motile and dead spermatozoa with cells, cellular debris and sometimes micro-organisms too.

There are various sperm separation and isolation methods. These methods try to replicate in vitro the natural process in which viable sperm are separated from other constituents of the ejaculate as they actively migrate through the cervical mucus.

Semen sample processing should be started within one hour after ejaculation in order to prevent damage from leukocytes and other cells present in the semen sample. The most common methods to separate the motile sperms from the semen sample are analysed for count,motility and morphology using the Meckler chamberafter the liquefaction period.Followed by washing,centrifugation and isolation of sperm is done. The sperm suspension obtained using these methods are used for IUI, IVF, ICSI and different sperm tests.

What does sperm wash solution contains of?

A sperm wash solution contains antibiotics,albumin and other protein supplements.

How long the procedures for semen preparation will takes about?

This procedure takes 45 to 75 minutes till the time of inseminationdepending on the preparation method used.

What are the different methods of sperm preparation used for IUI?

The most commonly used sperm preparation methods in IUI are:

This technique is usually used when the semen parameters are optimal. This technique is often used to prepare sperm cells for IUI as they produces very high yield of spermatozoa. This method is used in case of poor to mild sperm count case (oligospermia).

This technique relies on the ability of sperm to swim out of seminal plasma/pellet into culture medium and is suitable for semen with high to moderate motility (Normospermia).

Density gradient centrifugation separates cells based on their density. Thus,at the end of centrifugation, each spermatozoa is located at the gradient level that matches its density. Morphologically normal and abnormal spermatozoa have different densities. The solutions like colloidal silica, poly-sucrose and others have higher density than semen.As a result Centrifugal force enables the motile sperms to swim from a less dense seminal fluid into a denser solution. Cellular debris and non-motile microorganisms are trapped at the interphase between the two gradients.

Density gradient method is effective on oligozoospermic, teratozoospermic sample.This method can be followed as a regular protocol in the laboratory too.All serology infectious samples has to be processed by this method only to eliminate the infectious agents (HIV, HCV, HbsAg)

Retrograde ejaculation occurs when semen is directed into the urinary bladder during ejaculation.If there is an inadequate number of sperms in the ejaculate, sperm cells in the urine need to be retrieved and analysed or processed.

How is retrograde ejaculation sample collected and processed?

Firstly, the patient is to urinate 15 minutes before ejaculation. Then,the patient is asked to ejaculate and urinate again into the specimen container .The urine volume is noted,analysed for sperm and their motility.The acidity of the urine kills sperms very quickly. An alkalination of the urine by intake of sodium bicarbonate dissolved in a glass of water is very important in order to recover live motile sperms. In these cases it is necessary to examine post-ejaculatory urine for the presence of sperms.If this sample needs to be processed for IUI then density gradient method is followed.