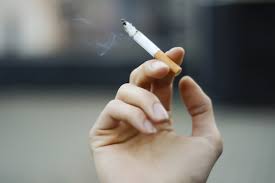 Smoking is associated with a dose-dependent compromised reproductive outcome. This is true not only for actively smoking women, but also for non-smoking women with smoking partners or otherwise exposed to a smoking environment.

A problem for analysis is posed by the lack of unanimity concerning the definition of who is a smoker.

Importantly, the impact of passive smoking on women’s natural fertility is only slightly less than that of active smoking.

In smoking men, sperm quality and concentration are often found to be reduced. There is also evidence that smoking may lead to DNA damage in sperm. However, data on whether smoking effectively influences male fertility are inconclusive.

It is estimated that most of the reproductive effects of smoking will be reversed after 1 year after cessation.

EFFECT OF SMOKING ON IVF RESULTS:

EFFECT OF SMOKING ON PREGNANCY COMPLICATIONS AND OUTCOMES Smoking during pregnancy is regarded as an important preventable risk factor for an adverse pregnancy outcome.

Higher risks are reported for

Several studies have shown that these higher risks are dose-dependent.

They are also open to being reversed (as shown in subsequent pregnancies of the same women) by smoking cessation.

The relation with lower birthweight is a longstanding and consistent finding. Women smoking 10 cigarettes or more per day bear children that on average weigh 200 g less.

EFFECT OF SMOKING ON THE HEALTH OF THE CHILD